The stories in my books are about people I knew or stories I had heard when I lived in the town of Potchefstroom, South Africa.

Welcome to my blog. I am not a regular blogger, but I do try and keep my site updated when I am not writing.

I write about people I knew, in a country I was born in, and a country my father was born in. My grandfather left Poland in 1885 and came to Potchefstroom in South Africa, where he established a life for himself.
It was only years later, after my father had passed away, and my wife and I left Potchefstroom and went to live in Johannesburg, that I found out the true history of a grandfather I had never known. He died before I was born, and the legacy he left me was his name, Jacob Asher Singer. His story, can be found in my book, BRAKENSTROOM, the story of DASSER.

After I married, and practiced as a Pharmacist in Potchefstroom, I became very active in challenging the apartheid system of South Africa. It was only after my family had been threatened by the Security Police "we will no longer protect you or your family" that I encouraged my children to emigrate, my wife an I following them once they had settled in Vancouver, Canada.

Now, to answer the questions.

I am presently working on a story about three friends that I knew when I lived in South Africa. Their stories are terribly sad, with endings that are difficult to accept, one actually being supernatural. They are stories however that should be told, whether the reader believes them or not.


2) How does my work differ from others of its genre? 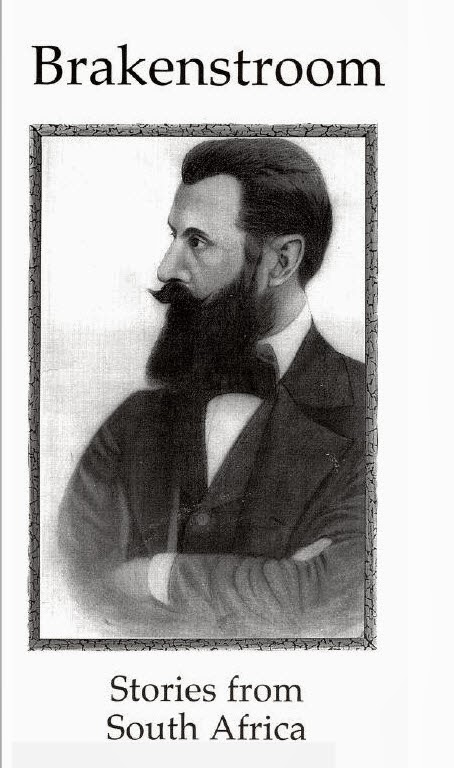 It’s not easy to say which genre my stories belong to. I can only say that I am a fan of Somerset Maughn, and try to write as he did. The only problem I have is that I find it difficult to describe a tree in two paragraphs.  I tell the story as it happened, and tend to cut out the descriptions. My vocabulary is also not excessive, and I use basic words not words where a reader will have to use a dictionary to find out what it means. The ‘Scintallate scintillate tiny asteroid’ is simply to me  ‘twinkle twinkle little star.’ 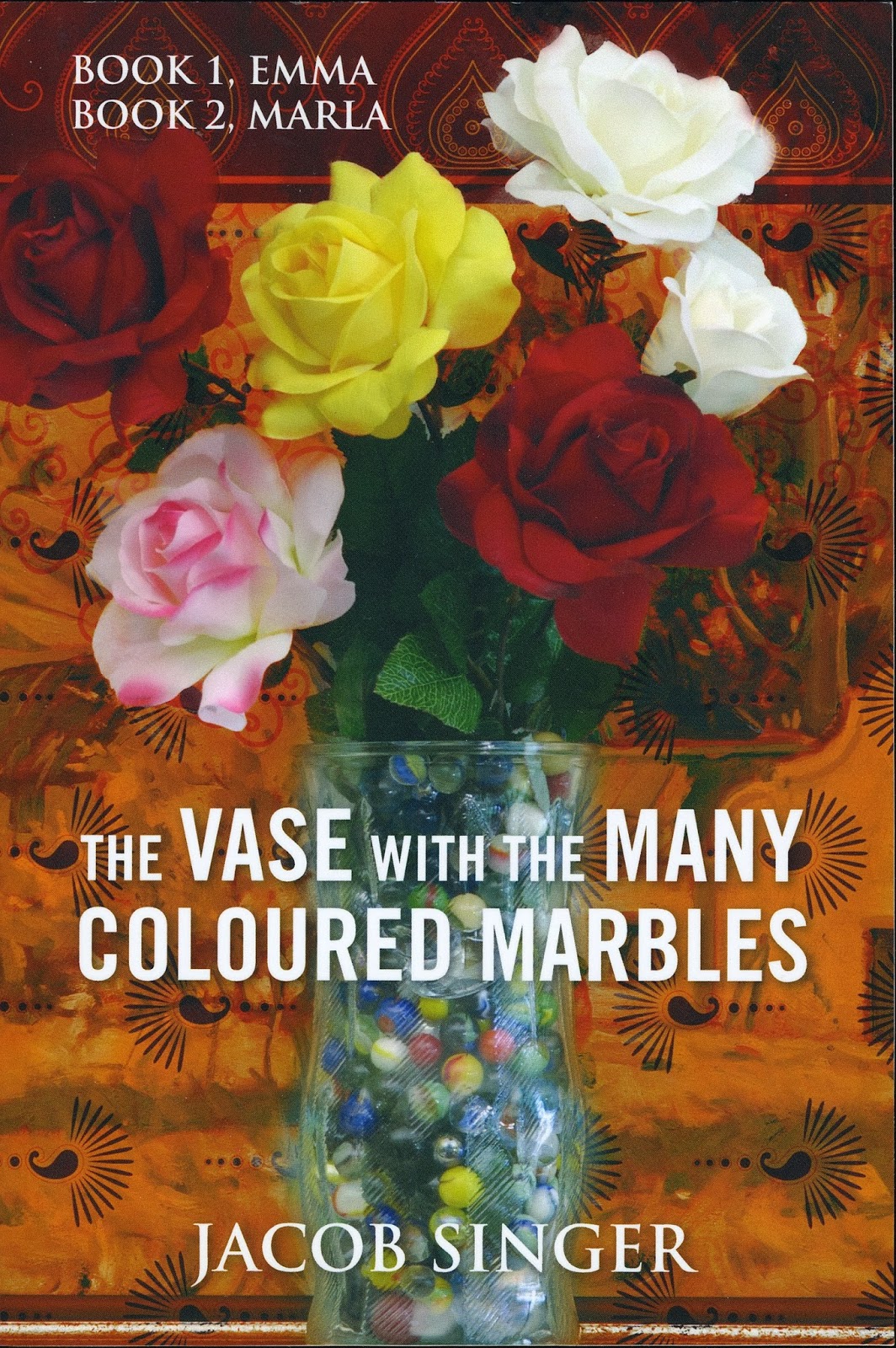 At my age, there is plenty of time on my hands that has to be filled otherwise I will die of boredom, or golf when I miss a six inch put. Because of this, I decided to keep myself busy by writing stories about people I knew; stories I heard from customers when I practiced as a Pharmacist. Many of my stories are in my first book, BRAKENSTROOM, where I have combined two, even three stories into one. All the stories truly happened. One publisher refused the book because they felt that the story of Tzippie was too unreal to be true, but the story did happen. My uncle was the Doctor at the mental institution and he told us what had happened. He told us why he and his wife took in this little girl from the mental institution, to live with them for almost 8 months before reuniting her with her parents.

There are many more stories that I can tell. The VASE with the MANY COLOURED MARBLES is a story I promised the heroine, Emma (not her true name) that I would tell only after she had died, Her daughter Marla (also not her true name) gave me permission to publish it.

And so I write about people I knew, treated, cured and met in my life in South Africa. Writing a story for me can take many years, because all the stories bring back emotional memories.

4)   How does my writing process work?

I write when I have nothing to do… when there is no decent movie on Turner Classic Movies that I want to watch.  Because I trade the stock market during the day, and living on the Pacific Coast, I have to get to my desk by 6 am in the morning after an exercise routine, then a shower and shave, I wake at 5 am. This means that I go to bed at 8 pm. At my age, I need that 8 hour sleep every night. 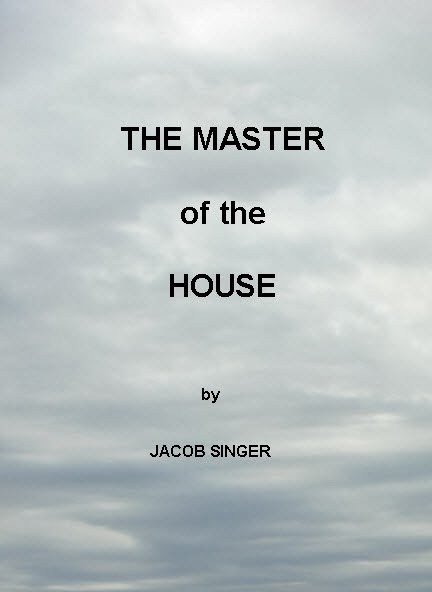 So I write my stories when I am not analyzing the stock market or writing an analysis of a stock for a company in the United States. Today, I have become an expert at Elliott Wave and Gann analysis, with the result that I have many followers who email or phone me for advice.
As a young boy, I loved reading Isaac Asimov. I will never forget his words when a person asked him, “Mr. Asimov, if you knew that you were to die tomorrow, what would you do?” He replied, “I would type faster.”  Unfortunately that is me.
My daily enjoyment is walking the dog, and in that hour chatting with many, but MANY friends in the doggie park, then coming home and at 5 pm enjoying a Johnny Walker on the rocks. Two fingers of scotch, the spread between the first and the fourth finger. Then I write, and write and write. 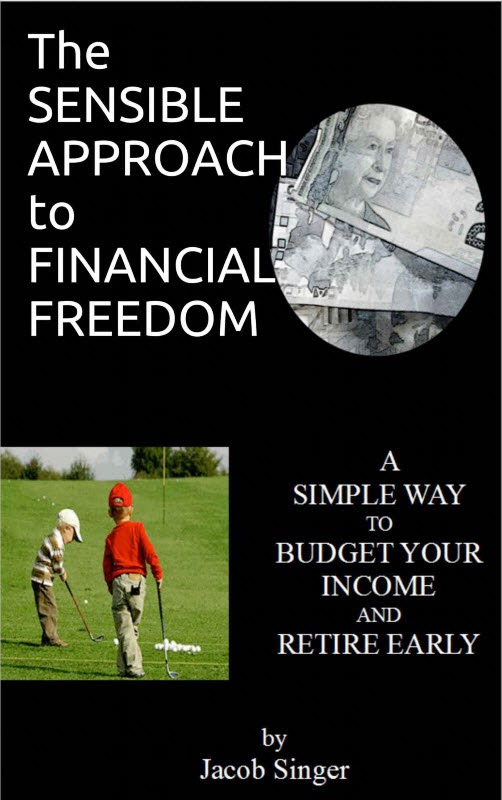 the easiest way to budget and retire early.

The book explains the budget system I used to manage my personal expenses. I starting using the system in 1960, and gradually evolved it over the years, using the strategy when I became a branch manager for South African Druggists Ltd and in the businesses I owned, the Mooi River Pharmacy and Singbros Construction PTY Ltd.

When I emigrated to Vancouver, and became a Financial Planner, I improved the strategy to benefit my clients, stressing the first rule... PAY YOURSELF FIRST.
Do read it, and adapt it to suit your circumsatnces and needs.

Jacob Singer was born in Potchefstroom South Africa, the eldest son of three children. After he matriculated he was called up into the South African navy for a 3 month stint as a ballottee. While there he decided to study Pharmacy at the Chelsea Polytechnic in London, England. Five years later he returned to South Africa, met and married Evelyn Jackson, and opened a Pharmacy in Potchefstroom.
In 1985 he retired. After selling his businesses they moved to Johannesburg where he spent his days cleaning a swimming pool. When six months later his stockbrokers phoned him offering him a job as a research analyst, he jumped at the opportunity, writing his exams and qualifying as a Futures and Options trader.
In December 1992, he with his family, emigrated to Canada. He and his family had been threatened by the South African Security Police because of his work against the apartheid Government.
In 1995 he started writing his first book, BRAKENSTROOM, self publishing it in 1999 after it was rejected by many publishers all of whom placed it on their short list and then rejected it because it was not Canadian or American.
In 2006 he started writing his second book, The VASE with the MANY COLOURED MARBLES, a story about a mother and daughter he knew when he was a boy, a story that explains in detail the horror of being classified a second class citizen in apartheid South Africa; a story with a very happy and surprising ending. The story recently won an award, 2013 Finalist. 50 Great Writers You should be reading.

He has also written a book, The Sensible approach to Financial Freedom, explaining a budgetary system he used in managing his businesses and his life savings. A look at Amazon will show a fourth book called The MASTER of the HOUSE, a book on his thoughts as to the reason behind global warming and the present ice age that is starting to make itself felt in the world.
He is presently working on another book, a true story about three friends; stories that to many will be difficult to believe yet they truly happened.
You may visit his website at www.jacobashersinger.com

Jacob Singer
The VASE with the Many Coloured Marbles is my second book, about a family I knew as a child. My first book, Brakenstroom. Gods house are my thoughts.